You are here: Home / Motivation and Inspiration / The Secrets to Creating Good Habits 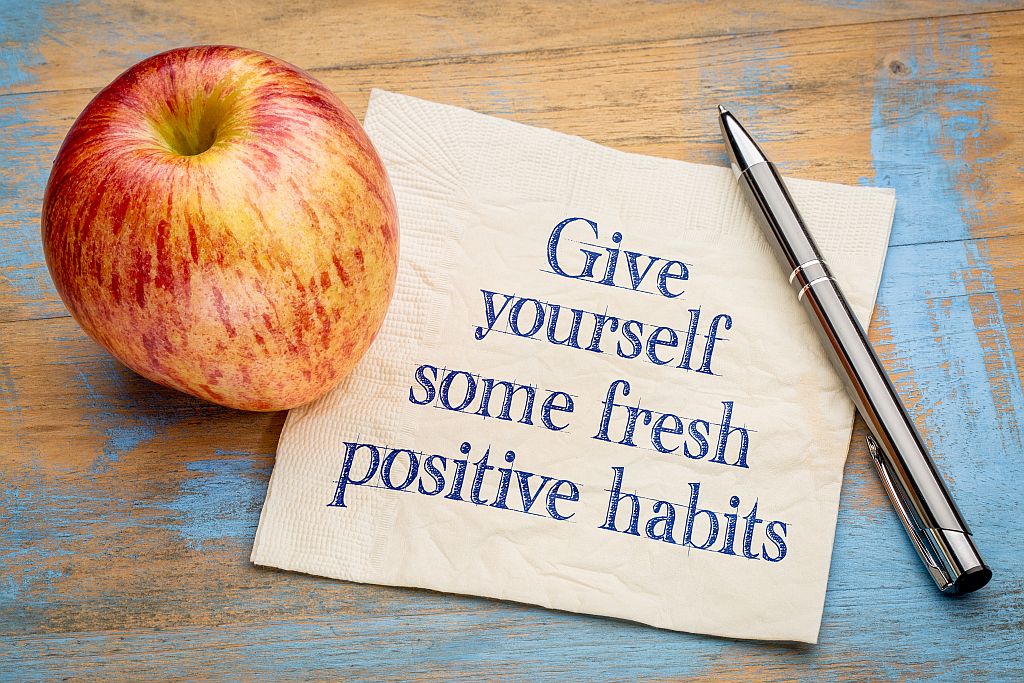 Have you ever driven a familiar route, arrived at your destination, and realized you do not remember how you got there? You had driven that way so many times, you were not even consciously aware of making turns, stopping at traffic signals (At least I hope you stopped at traffic signals!) and making the hundreds of tiny decisions you make as you drive.

Driving that same route again and again had become a habit. Habits cause us to do things without even thinking about how we do them or even if we should be doing them in the first place. They are like a magnetic force that’s constantly pulling us toward doing the same things over and over again. And once we do those things over and over again over a period of months and years, that magnet pulls stronger and stronger.

A habit can be a good thing. There are likely things you do every day that are great for your health, family, and business. You do these things without really thinking about them. However, there are other things that aren’t so great for your health, family, and business. These things consistently lead to bad results and you may not be sure how to stop them. In fact, you may not even be aware that you do them.

There are lots of things that go into creating a habit. You’ve consciously adopted some habits. Others have crept up on you, for better or for worse.

Habit is a very tricky thing. The people who you’re jealous of who consistently seem happy and successful are that way due to their habits. We all have different strengths and each of us has our own good and bad habits. Some people may find it easier to develop good habits than others.

In many ways, it’s a matter of nature. You might be a naturally organized person or a naturally disorganized person. If you fall into the latter category, it doesn’t mean all hope is lost. It means you have to work harder to develop habits of organization.

No matter what your habits are right now, you can work to change them. That’s the key word—“work.” Changing habits doesn’t come easy, but you can develop new ones. Because habits are things you do without thinking about them, once you have established a habit it becomes part of what you naturally do or what takes very little effort to do.

You have to think and consciously change a habit at first. You’ll likely have many ups and downs along the way because those old, ingrained habits will try to take over like a magnetic force. Over time, the new habit takes hold and it gets easier and easier. Then, you’ll naturally fall into a pattern and that behavior will become a true habit.

Once you’ve “fixed” or adopted one positive habit, you can focus on the next one. That’s because we can only focus on so much at one time. Changing habits happens little by little. Over time, you can become one of those people with “naturally” wonderful habits.

Why Is It So Hard To Develop New Habits?

If changing a habit were as easy as deciding you want to change and then just doing it, we’d all be perfect. That’s not the case at all.

Anything worth having is worth working for, and you will have to work hard to develop new habits. You’ll have to be conscious of it and look out for those times when it seems like it will be too hard. Set yourself up for success by knowing what to expect and really dedicating yourself to developing new, positive habits.

The length of time it takes to make a new behavior a habit varies, depending on the person and the behavior. We often hear numbers such as 21 to 30 days thrown around, but some habits take less time and others much more. For example, if you want to get into the habit of drinking a bottle of water first thing in the morning, that may only take a week or so. Make it easy for yourself by putting a bottle of water right next to the bed so it is there when you wake up. Think you can’t remember to do that? You might not at first, so give yourself reminders. Getting the bottle of water out and putting it next to the bed is part of the habit you are creating.

Get over that hump and then it becomes so much easier. The human mind is complicated and habits are a feature of survival in many cases. The thing is that we have so much on our plates in modern society that it’s easy to short circuit and fall into bad patterns. It’s hard to overcome patterns that have become well-worn with time. It’s worth it, though.

Out With the Bad, In With the Good

You may want to start a good new habit (such as regular exercise) or you may want to end a bad habit (such as smoking). Here is a hint: When you want to get rid of a bad habit, replace it with a good one. In the smoking example, when you want a cigarette, do something else instead. Maybe you will take a brief walk or do something that keeps your hands busy so they cannot hold a cigarette.

Perhaps your bad habit is hitting the snooze button on your alarm multiple times before dragging yourself out of bed. This may make you late for appointments, or it may cheat you out of quality sleep because you set the alarm for an earlier time than necessary so you can keep hitting that darn snooze button. What could you do that would make you get out of bed (and stay out of bed) the first time the alarm goes off? One way might be to use a favorite tune as your alarm. When you hear it, jump up and dance! The point is to find something that gets you motivated to get your butt out of bed and move.

Make Changing Easier Than Not Changing

Huh? I have been telling you how hard it is to change. And you know that to be true even without my saying so. So how do you make changing easier?

Set up your life for your new habits. If you want to stop eating sweets, don’t keep them around. Don’t hang out with the people who encourage your bad habits. Do you spend too much time on social media? Get a program for your device that blocks the sites you waste time on, or only allows access for a limited time each day.

Make it easier to do the things you want and need to do. Get your workout clothes and gym bag out the night before so you are ready to go to the gym before or after work. Keep a supply of healthy treats on hand so that when you get hungry you can grab a carrot stick instead of a candy bar.

Changing a Habit in 30 Days

I mentioned that it can take 30 days or more to change a habit. I know you feel like you should be able to just choose to change and make it happen. But your own history shows that’s not the case.

It’s important to come up for a plan for changing one habit over the next 30 days. Focus on just one…it’s not easy to change multiple habits at a time and can really backfire. One of the reasons many of our New Year’s resolutions fail is that we put a lot of pressure on ourselves to change everything overnight. Start with one habit, then build on your success.

The more you do something, the closer it comes to becoming a habit. Although there is no magic number of days that it takes to create a new habit, 30 days is a great time frame where you can really make great progress on developing or changing a habit.

Make a List of the Habits You Want To Change

I’m sure you could list many, many things you want to change about your habits. Go ahead and make that list. Get it all down on paper and out of your head. When you do this sort of brainstorming, you might surprise yourself at what pops out.

Focus On Just One

Think about what’s really negatively affecting your life or business. What would make a huge difference if you could change or eliminate it? What stands out the most and would have the biggest impact if corrected?

The habit that will make the most difference is not necessarily the one that will be hardest to do. Choose just one habit you’re going to focus on for now. You can always revisit the other things later on. Habit change is a ‘slow and steady wins the race’ sort of thing.

Work on that habit and that habit alone over the next 30 days, and beyond if you still struggle with it.

Once you’ve worked on changing one habit and you’ve successfully done so, it’s time to layer in a new positive habit. Focus on that one for 30 days, keeping up with the other habit. Use your existing good habits to trigger new good habits.

Continue on down the line. Change and create better habits. Fix yourself one piece at a time. You can change habits related to your life and business. Focus on habits that bother you the most and that will have the biggest impact on your mindset.

Layer these habits and you can finally live life your way. People will start to really admire you and wonder what your secret is. The ‘secret’ will be that you’re willing to work really hard to change habits so you can work better and faster and live easier.

The great news is that developing positive habits makes it easier to develop other positive habits. Many people find that when they start improving in one area, such as getting out of debt, other areas of their lives also get better. It’s catching, in many ways.

Change Your Habits for the Better over the Long Term

Never give up. If there’s a habit you have that bothers you, figure out a game plan so you can change it. Isolate that habit and do whatever you can to really focus on changing it and (here is an important point) replacing it with a new and better habit.

Look at the people you admire. What daily habits do they have? One at a time, focus on adopting those positive habits.

Review your habits every once in a while. This will really be a lifelong process and journey of self-discovery. No one is perfect and no one has perfect habits. But you can work to better yourself. You can make life easier for yourself by developing positive habits.

Right now, your negative habits are making things challenging for you. They’re making it harder for you to work well, achieve, and be happy. Better habits lead to happiness, success, and better outcomes all the way around.

Expect to have many ups and downs, especially with tricky habits you previously believed to be a part of you (like procrastination, for example). Be patient with yourself and try to look at old problems in new ways. Habit change is a challenge but it’s really worth it. Stick with it no matter what—especially when you know that adopting a certain habit could really change your life.

How to Write Every Day

Stuck in a Rut?