You are here: Home / Creative Ideas / Step Right Up 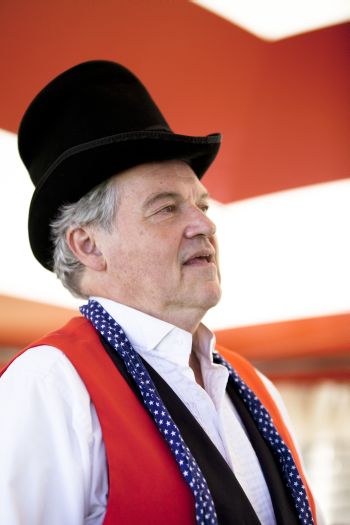 You’ve probably seen carnival barkers standing in the midway, inviting passers-by to “Step right up and see a sight that will amaze you!” They know that if they succeed in drawing a crowd, even more people will stop to see what everyone else finds so interesting. This technique can work for you, too.

I used this technique when I had a booth at a trade show. I wanted a way to draw attendees to my booth and keep them there long enough to learn something about me and how I could help their businesses. I came up with the idea of offering free five-minute consultations I called “Idea Bursts.”

A large poster next to my booth announced that anyone could get a free five-minute consultation and receive at least three powerful ideas they could use to market their businesses and attract new customers. Lots of people wanted to get their free ideas and, when they saw the crowd around my booth, many others stopped to see what was going on.

My primary goal at the trade show was to get more people on my mailing list, and I easily got the number I had hoped for. The Idea Bursts helped to do that because first they brought people to the booth, then they demonstrated that I had valuable information they could use to grow their businesses.

When you’re working a trade show or other event, remember that there are lots of others competing for attention. Make yourself stand out by offering something unique, fun and valuable.

Turn a Minus Into a Plus