You are here: Home / Creative Ideas / I Love Movies, How Can I Become a Film Blogger? 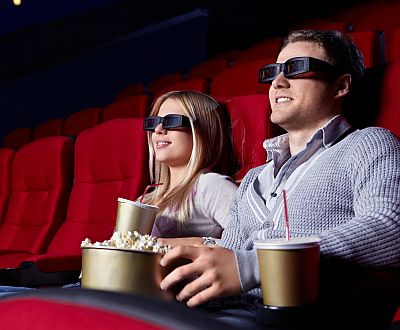 This is a guest post from Dave Taylor, of DaveOnFilm.com. Dave has been a successful blogger for many years, and here he shares tips on turning your love of movies into a popular film blog.

I know you. You’re like me, you’ve been watching movies for as long as you can remember, and when your friends are curious about whether a new movie is worth seeing, you’re the one they call or IM. Harry Potter?  Saw all of ‘em opening night. Indiana Jones?  You not only didn’t like the fourth installment, some goofy nonsense about a Crystal Skull, but you know why it wasn’t a good addition to the franchise.

Heck, you think of movie series as franchises and even if you think Star Trek was lame, you also understand that it was a remarkable accomplishment, having that many films in a series that did at least reasonably well. If you’re as far into the business as I am, you also track directors, producers, cinematographers (known in the biz as “directors of photography” or “DPs”) and even production studios.

That’s all well and good, but how do you turn your passion into an interesting blog about movies that people will want to read and track? That’s what I’ve done, with my Dave On Film site, and it has proven great fun, but a lot of work too.

Why? Because talking to your friends about why a film is cool is very different to writing a coherent and thoughtful review of a film on your Web site, a review that’s going to have to stand on its own even when you fly in the face of other critics or even disagree with 800-pound gorillas like The Rog (you know, Roger Ebert).

One way to get started is to not just read film reviews, but ask yourself what makes them interesting or stupid and boring. Does the reviewer share their own life experiences (as in “I’ve always loved Jaws since I was stranded on a buoy just outside of San Pedro for 4 long hours”) or compare movies with their favorites (“I couldn’t help but think about the monster in Rocky Horror when watching Gollum in Lord of the Rings”)?

To me, a good film blog is primarily a place to find good, smart, thoughtful film reviews. Don’t say “Saw IV sucked eggs, Saw III was far better” without explaining why you think that. Was it the acting (uh, sorry, that’s not so relevant in a gore flick

, the set design, the story, the editing, the fake blood or ?

If there’s a facet of film that you’re really into, talk about that. For me, I pay attention to cinematography, costume and set color palettes, and what I call the “rhythm” of the storyline. It’s rare for me to write a review that doesn’t touch on one of those factors, or perhaps two or three.

As I said earlier, don’t be afraid to buck the trends too. I am not a fan of WALL-E, for example, and complained vocally when people started saying it deserved a Best Picture nomination. Not in my book. I still argue with people about that, actually, and that’s okay. We’re all entitled to our own opinions.

Finally, don’t forget the secret to success in the blogosphere: contribute valuable commentary to other film blogs too. Whether you’re adding your two cents to a big player like Joe Morgenstern of the Journal, A.O.Scott at the Times, a film site like Rotten Tomatoes or Slashfilm, or even other film blogs, participate. Become part of the discussion!

Good luck, and I’ll see you at the movies and, perhaps, online too.

Dave Taylor has been involved with movies longer than he can remember and in addition to his popular blog also writes reviews for the Boulder Weekly and Colorado Business Magazine. You can find him on Twitter too, as @FilmBuzz or just stop by DaveTaylorOnline.com

What to Ask When Hiring a Ghostwriter

Turn a Minus Into a Plus