You are here: Home / Publicity / What Makes A Great Press Release? 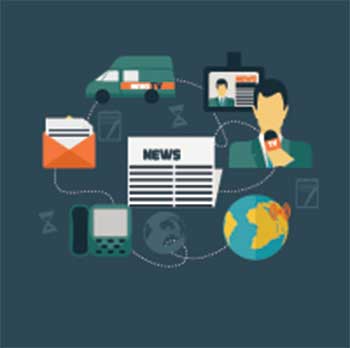 Writing a basic press release is easy. There are even templates you can use—just fill in the blanks with your information and go. But writing a great press release, one that grabs the attention of media and the public, takes skill and practice. The good news is that the skills needed can be learned, and as for practice…well, why not start right now?

What is your news? Who cares about your story? If the only person who would care is the one who gave birth to you, it is not newsworthy. A good way to come up with a newsworthy angle is to look at your story from a customer’s perspective. What is in it for them? We will look at this more as we look at some examples.

The most important words in your release are the headline. It has to get the attention of anyone reading it and make them want to know more. Your headline must:

The press release itself is a fairly dry reciting of the results of the survey; however, people love surveys (How often do you see them cited by media?) and people are curious about celebrities. Put those two elements together, and you can have a winner.

The paragraph shown under the headline is the summary. Use the summary to get the reader interested in the release. Include keywords to make it easy for persons searching for news on your topic to find your release.

Although press releases are marketing materials, they are also NEWS. They need to be factual and (for the most part) objective.

Here’s an example of a controversial and potentially emotional headline.

Although both of them are about the same thing, you can see the difference between the two headlines. The first one stirs controversy by using the word “Superior.” It also engages curiosity. The second headline leaves readers flat. Who cares?

Using quotations from people on your team, customers or others can spice up your press release. It is also a way to introduce opinions. Remember that releases need to be factual and objective. That means the release cannot say, “Acme Inc. has introduced the best widget ever.” However, you could quote a customer as saying, “This is the best widget I have ever used.”

The screenshot below shows an example of how a media company launched a new publication and used a quote from one of their articles in the press release. You’ll also note that they quoted a celebrity which is a great tactic when you can do it. It lends interest and credibility to your press release information. Remember that a celebrity does not have to be named Kardashian. They can be someone who is noteworthy in your community or in your industry, even if they are not well-known by the general public.

You can read the full press release here.

Think about the people you want to quote. They should be connected with your news and relevant to your audience. Let the quotations come naturally out of interviews with clients, staff and others. Look for a quote that will give your press release interest and personality.

Today’s press releases may include audio, video and images. The media love it when you can provide them with images and other media. If they want to interview you, they can get an idea of how you come across on camera if you are in the video. Having images available makes it easier for them because they do not need to send a photographer or find appropriate images to go with a story.
Here’s an excellent example of the use of video and images in a press release. 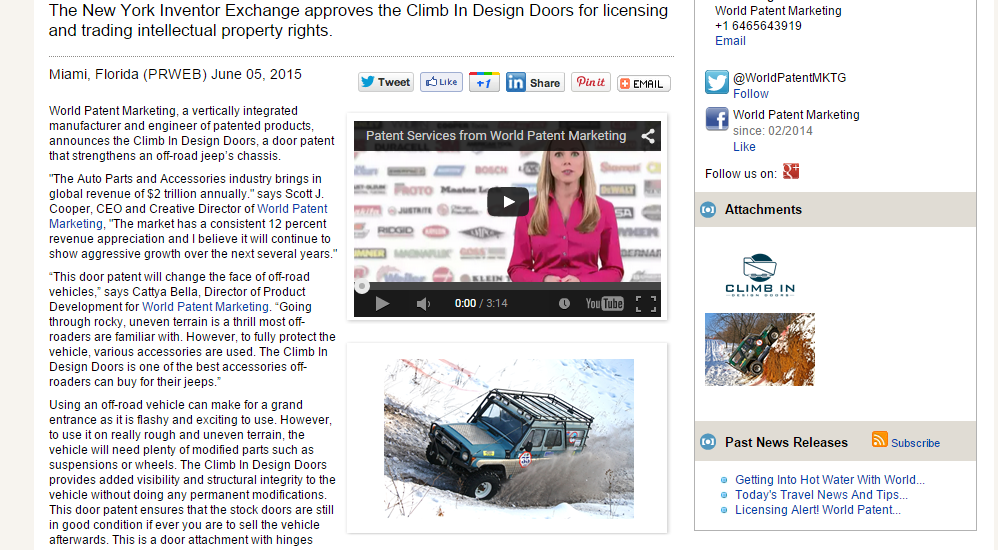 In the above screenshot, if you look to the far right side, you’ll also see “attachments” and “past news releases.” This information is useful for media representatives who may want to dig a little deeper as they explore your news and your organization. Although some reporters will contact you for an interview if they want to include you in a story, others (especially those facing a tight deadline) will appreciate being able to grab what they need to write their story.

If your goal is to get media attention, consider how you can add information to make your release more appealing to journalists and make their life easier. The person who makes it easy for the journalist to get the story is more likely to be the one who gets featured.

The above release was distributed by PRWeb.com You can find the full release here.

So a great press release, one that grabs attention and hooks your audience, has a captivating headline. It makes an emotional connection, it uses interesting quotes to create personality, and it includes visual content. Add a call to action and you have a winner!

What do you want readers to do after learning about your story? Do you want them to visit your website? Why should they? Do you want them to contact you? Look for your product online or at their favorite store? Tell them what you want them to do. The media will not always include your call to action in their story, but they are more likely to if there is something in it for the reader. For example, the New York Times included my website URL in a story because I made a point of telling the reporter that there was a free course available there. The media do not exist to promote your business, but if you have something their audience wants, they will tell the audience about it.

Start honing your skills right now by writing a press release about something happening in your business. Maybe it is an event or a new product or a way you can be of service. Whatever it is, write a press release and let the world know about it.

Tips for Getting Free Publicity

Where to Distribute Press Releases