WordPress database error: [Table './idealady_idea/wp_wfhits' is marked as crashed and should be repaired]
SELECT MAX(attackLogTime) FROM wp_wfhits 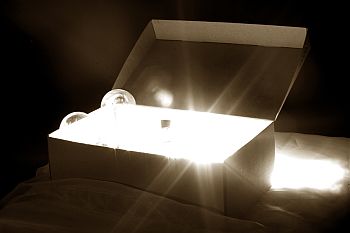 Do you ever find yourself looking for a great promotional idea? Or staring at a blank computer screen, trying to come up with just the right words for marketing copy? Do what savvy marketers do: Consult your idea box.

If you don’t have an idea box, start one today. The next time you see an ad that really seems to work, or you read copy that makes you sit up and take notice, put a copy in your idea box. The things you save don’t have to be related to your industry or for products or services that are similar to yours. They should simply be examples of great marketing.

Then, use your idea box as brain food. The next time you are stuck, pull out the idea box and review the items you have there. It may include books, sales letters, clever advertising specialties, print outs of web sites or emails, and other materials.

The point is not to copy the items in your idea box, it is to use them as inspiration. See how they are constructed, what buttons they press, and how they present benefits, and learn from them. Use bits and pieces of ideas from several to create something that is uniquely yours.

Don’t copy the words, don’t duplicate what someone else has done, but do learn from what has worked for others. 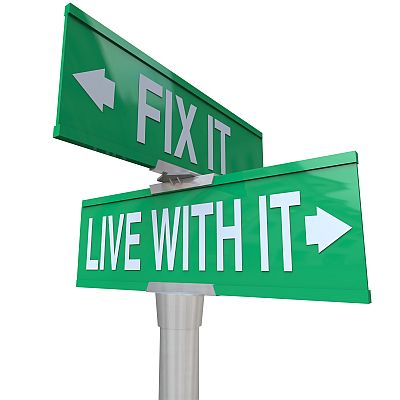 Are you obsessed with getting everything just right? Do you do everything yourself because no one else can do it as well as you can? Do you believe that everything you do has to be absolutely perfect? Although striving for excellence is a good thing to do, demanding perfection in everything you do is not.

Often, perfectionism is a way to delay taking action. If you keep finding problems to fix, you don’t have to do something you dread (such as making sales calls) or subject yourself or your product to the judgments of the marketplace.

Realize and accept that good enough is often good enough. There is a point of diminishing returns, where the time and effort you put in to “improving” something is not worth the cost. The cost is not just the cost of doing something over and over. It includes opportunity cost. Every day that you don’t have your product available for purchase, or every day you delay your new marketing program, is a day you are losing sales. And all of the time you put in doing something over and over again is time you could spend doing something more productive and more profitable.

Perhaps what you are trying to make perfect is something that will evolve over time. Your web site doesn’t have to be the ultimate web site the day you put it up on the Web. It should be attractive and free of obvious mistakes. The less-obvious mistakes can be fixed and you can always add new sections and content.

If you find it hard to let go of your quest for perfection, get help from someone you trust. Ask them to look at something you’ve done and help you decide if it’s good enough. They may catch something you didn’t, and really make it better. And, they will let you know when it is time to let go and move on to the next imperfect project!